Source - By Lyn Davis
Smart printing, that fulfils a particular need or niche, will survive the digital shift into 2012 and beyond. I like to think that print will never disappear. With many people spending their entire working day in front of a screen or glued to their smartphone, easing the commute with a newspaper on the Gautrain or relaxing in the bath with a book after a long day are some of life's great luxuries.
Everyone's still talking about it...Two Sides Autumn Seminar, held in London towards the end of 2011, reaffirmed the popularity of print as an essential medium, citing print as 'the new cool' and having a unique appeal.

Speakers talked about how important print is and results from their surveys suggested the younger generation actually preferred reading on paper than reading on screens!

According to the November 2011 issue of Loyalty Magazine, editors found that when they transferred their offering from print to online, they received many concerned messages from readers who 'want to be able to flick through and browse' the articles. Many readers suggested that the online news service lacked the comfort factor of a 'real' magazine, so Loyalty decided to go retro and now publish a printed version three times a year.

We here at PocketMedia Solutions are strong believers that print will always be a reliable and innovative way to market your brand. As former BBC online editor Ashley Highfield suggests, "The trick is to help move those brands into the digital age and get the right balance between print and digital." Print is a crucial component to any successful marketing or advertising process.

Trends that We foresee in 2012

Posted by Printocity at 08:10 No comments:

What trends are happening in the world of print for 2012?

Know what is Offset Printing


Offset printing is a commonly used printing technique in which the inked image is transferred (or "offset") from a plate to a rubber blanket, then to the printing surface. When used in combination with the lithographic process, which is based on the repulsion of oil and water, the offset technique employs a flat (planographic) image carrier on which the image to be printed obtains ink from ink rollers, while the non-printing area attracts a water-based film (called "fountain solution"), keeping the non-printing areas ink-free.
Development of the offset press came in two versions: in 1875 by Robert Barclay of England for printing on tin, and in 1903 by Ira Washington Rubel of the United States for printing on paper.

1. Include all important information.
2. Define your business.
3. Make it extraordinary.
4. Place a picture.
5. Use good quality paper.
6. Use right size.

Below is the collection of few of the visiting/business cards that are our favorites. Do let us know what you feel about these. 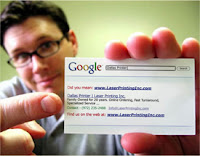 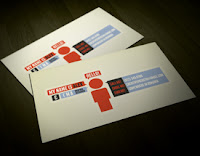 Read more »
Posted by Printocity at 08:38 No comments:

A Brief History of Business Cards

You will be forgiven for making the assumption that business cards, as we know them, were invented in the 1980s, the decade that corporate was in the bandwagon list. Sorry to tell you, but you’d be wrong. Business cards have been in use for many, many centuries. Almost as soon as companies and individuals savvied-up to the idea of advertising their services, business cards have been around. Here we take a quick dash through the decades to look at the origins of that humble, yet invaluable, 3.5 by 2-inch rectangle of card, tracing the development from its invention back in the 15th century up to today’s examples – which more often than not aren’t even made of a card!

Experts tend to agree that the origins of the business card can be traced back to China 15th century. They were known as ‘visiting cards’ and served as a calling card to announce one’s intention of meeting with another individual. They could also be handed at the door of elite establishments so that the owner of the establishment could decide if permitting a meeting was worthwhile. Visiting cards were an essential self-promotion tool of the upper classes, a personal advertisement and a basis of forging an introduction. 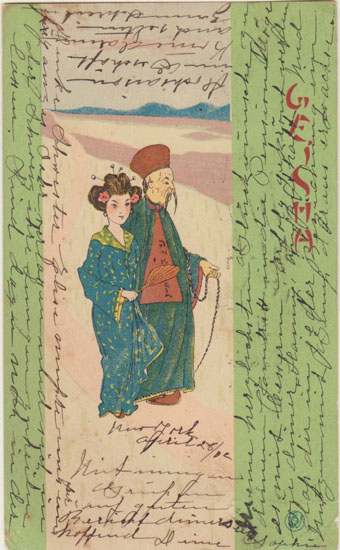 Read more »
Posted by Printocity at 08:50 No comments: